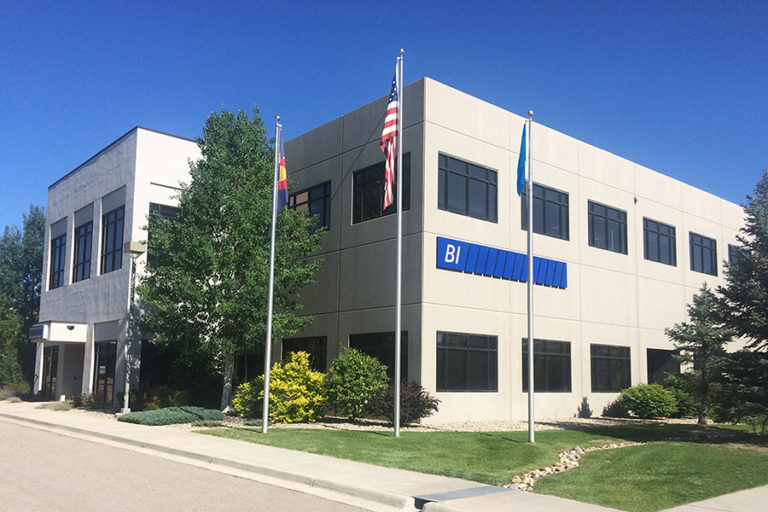 Founded in 1978, this year marks the 44th anniversary of BI Incorporated. Over the last five decades, the technology landscape has transformed immensely, and BI progressed alongside to enhance community corrections. We are proud of our ability to adapt to change and stay ahead of the game. We understand the challenges agencies and officers face, and BI will continue to deliver effective products and solutions that meet the needs of the electronic monitoring (EM) industry.

It’s hard to believe the concept of community supervision was created from cows and comic books. BI started as an engineering and consulting firm, and during this time, our founders used Radio Frequency (RF) technology to create a feed management system for dairy farmers to increase milk production. When a cow wearing a BI transponder tag approached a feeder reader, the feeder sensor would identify the cow, determine whether the cow had already eaten, and dispense the appropriate amount of feed. RF technology changed the farming landscape, but little was known about its potential effect on the community corrections industry.

In 1977, Judge Jack Love of Albuquerque, New Mexico, read a comic book about a villain that used an EM device to track Spider-Man. The concept stuck with him, and in 1982 he worked with National Incarceration Monitor and Control Services (NIMCOS) to develop an EM prototype. BI acquired NIMCOS in 1984, and the EM industry was born.

The 1980s was a decade of technological advancement. Steve Jobs revealed the first Macintosh computer, Sony developed the Walkman, Nintendo Entertainment became the world’s first gaming system, and the Video Home System (VHS) was created. During this time, BI developed a Home Escort System which enabled agencies to monitor participants via an agency-operated call center. In 1984, we introduced Radio Frequency and voice verification technology to our product line, and later in 1987, the first single-box home receiver was created for participants to be monitored from home.

From Nokia’s first mobile phone to Google.com, a lot of exciting technology emerged that forever changed the way the world communicates. The ‘90s presented several opportunities for BI to expand its products and services. BI acquired the industry’s first EM call center in 1992, and the rapid progression of the internet accelerated our software, GPS, alcohol detection, and RF monitoring solutions.

The Gartner Group introduced Enterprise Resource Planning (ERP) which integrates systems under one platform. Following this concept, we developed BI K2® host system, which has since evolved to BI TotalAccess®, a comprehensive software platform which enables agencies to manage supervised individuals from one redundant system.

Alcohol-detection technology was also a focus throughout the ’90s. BI Drive-BI® was the first drive-by unit, enabling officers to receive signals from client-worn transmitters via a handheld device. In 1995, we introduced a portable alcohol testing product, BI REACT®, and later in 1999, BI Sobrietor® combined biometric voice verification and fuel-cell technology to detect the presence of alcohol through a deep lung breath sample.

The turn of the century sparked innovation and change across all industries. While the world panicked over Y2K, BI continued to optimize its product line with a new focus on incorporating future-ready technology. In addition, our monitoring software became web-accessible, we introduced BI HomeGuard 206®, a cellular RF device, and created BI TAD®, an ankle-worn transdermal alcohol monitoring device.

By 2010, the world grew increasingly mobile. Apple’s iPad hit the market and the rise of 4G networks ushered in a wave of mobile innovation. Technology was progressing at record speed, and BI was at the forefront of adjusting the way EM services were provided., BI launched BI SL2®, a mobile alcohol monitoring device that measures Breath Alcohol Content (BrAC) utilizing biometric facial comparison technology to verify client identity. In 2016, we launched the BI SmartLINK® mobile phone application to place the tools individuals need to be successful and accountable in the palm of their hands.

In addition to mobile technology, analytics and cloud software were no longer a desire, but a necessity. In 2018, BI dedicated resources to update the underlying architecture of TotalAccess to a cloud-based platform and released it as an officer mobile application in 2019.

BI has worked diligently to integrate Long-term Evolution (LTE) technology into its product continuum. The BI LOC8® ankle bracelet became the first GPS tracker to include LTE in 2019. Soon after, BI SL3®, LOC8® XT, and BI HomeGuard® 20|20 were released with LTE technology.

Our 44 years of industry knowledge, our commitment to stay current with technology trends, and our passion to innovate future-ready products makes BI unique. Technology has certainly accelerated our growth and capabilities, and we aren’t slowing down now. While we recognize its impact on our company, technology is only part of our story. It’s with the help of our many dedicated employees and partners, plus the trust agencies have put in us, that we have been able to evolve the industry.

Data Sharing as a Component of Community Supervision

Made in America Matters